This is an interesting question, and one we should consider quite seriously, especially when it comes to our health. In order to answer it accurately we need to have a look at our estimated evolutionary timeline.

If you have a look at the images below you get an idea of the timeline above and how our development accelerated to where we are today.

In the image above the red dot on the right indicates 10,000 years, while the green line indicates 2.5 million years. 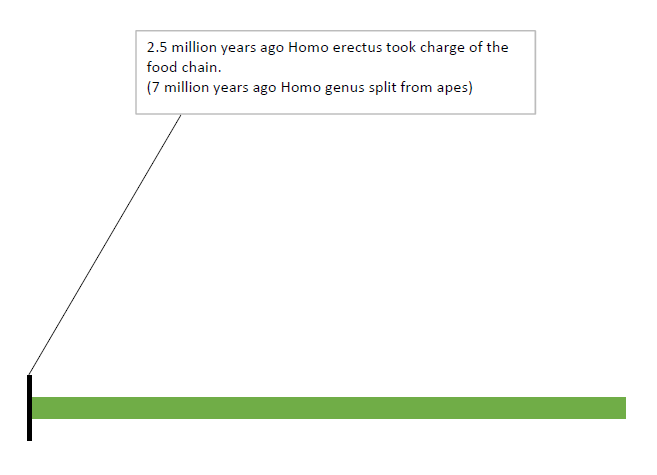 So, for 6,99 million years of our time on this planet we have been eating plants and animals, and for the last 10,000 years we have added sugar, grains, industrialized plant oils and processed food to our diet. Have our bodies evolved to be able to assimilate these ‘new’ foods? Clearly not. Up until 10,000 years ago we were a healthy, thriving species, we now have numerous ‘lifestyle’ diseases such as heart disease, cancer, diabetes and obesity. We are slowly poisoning ourselves on a daily basis and wondering why our bodies deteriorate so much as we get older.

Are we devolving? Not quite, but we are definitely not evolving anymore either. We have no need to. Survival of the fittest no longer exists… 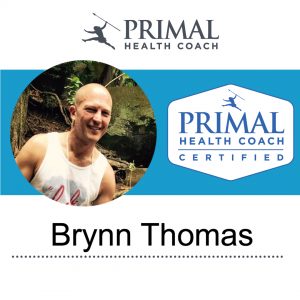